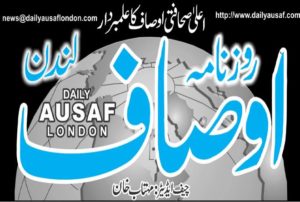 This article appeared in the Daily Ausaf Urdu Newspaper in Urdu and has been translated.

There are millions of people who are calling people towards the way of Allah (SWT), but there are very few who are calling people to Tawheed and the path of Allah (SWT). Muhammad Qasim is also a Dervish like person who has no worldly desires. He has been seeing true dreams since his childhood. In an interview with the journalists, he says, “Since the age of 12 or 13 years I have been seeing Allah (SWT) and Prophet Muhammad (PBUH) in my dreams.”

He states that the first sign of his dreams is that the enemy will try to attack and break Pakistan, however Allah will protect and save Pakistan. By the mercy of Allah(SWT), Pakistan will develop and progress a lot and it will lead the world of Islam. There is a special mercy and blessing of Allah (SWT) on Pakistan because it is the only state that came into existence in the name of Islam, therefore Allah will himself protect Pakistan. Qasim further added that the overall narrative of all his dreams emphasizes on three things: to avoid shirk and the same message is for the Ummah of Prophet Muhammad PBUH also, do Dhikr and Tasbeeh (remember Allah by reading kalimahs and prayers) day and night, and send Durood and Salam (Peace and Blessings) on the last and final messenger, Prophet Muhammad (PBUH). Qasim says, “In 2014, for the first time, I was ordered to share the dreams from Allah and the message contained in them with the people.”

Regarding the dreams about the Pak-India tensions and conflict, Muhammad Qasim says that Pakistani citizens also take part in the war against India wholeheartedly. He also finds himself in the very first row to fight the Indian Army and he vows to defend Pakistan against any aggression. The armies from a country with a Red flag also take part in this Pak-India conflict and warn the Indian Army that if they take a single step forward, then they will destroy India. Muhammad Qasim has repeatedly spoken about the Black Fighter Jets during this interview and highlighted the fact that these Black Fighter Jets will always be ready to defend the borders of Pakistan and they are fully capable of responding to any threats from the enemies.

Talking about the World War Three (WW3) Muhammad Qasim told us that during this war the whole of the Middle East gets destroyed. People start migrating to Pakistan from Middle East and then Pakistan prepares itself for the WW3. Black Fighter Jets of Pakistan defeat both USA and Russia and thus Pakistan rises as a new super power in the world.

Muhammad Qasim has given a message to the Ummah of Prophet Muhammad (PBUH) that if they want to be successful, then protect yourselves from Shirk, do not walk on the Earth arrogantly, and treat people with kindness. Until we abolish shirk at the state level, the help of Allah will not arrive and this is the only way to success. In the present time, for Pakistan to come out of darkness and become a super power there is no other way, except abolishing shirk at all the levels. Muhammad Qasim who used to feel reluctant to share his dreams with anyone, but due to the order from Allah (SWT), is very determined to share his dreams with the whole world now. Muhammad Qasim calls himself a humble slave of the Almighty Allah and a minor servant of the last and final messenger, Prophet Muhammad (PBUH).